The Cast Collection of Ancient Sculpture of Charles University consists of ca 600 copies of statues and reliefs, as well as objects of the minor arts, especially Etruscan little bronzes or Roman provincial relief vases.

The Collection presents a complex survey of the history of Greek art from the Archaic Period on; it also includes some famous pieces of Roman art up until the 2nd century AD, presented primarily by some republican portrait heads including Caesar and Cicero, or a famous statue of Augustus from Prima Porta, as well as Roman reliefs.

The Collection reflects the concerns of its period and holds the famous pieces of ancient art including Myron´s Discobolos, Polyclitus´ Diadoumenos and Doryphorus, the colossal Juno Ludovisi head which fascinated Goethe so much, Nice of Samothrace, Cnidian Aphrodite, Laocoon, Barberini Faun and many others.

The largest set presents the group from the west pediment of the archaic temple of Athena Aphaea on the island of Aegina. It consists of 10 almost life-sized figures of warriors reconstructed and arranged by the famous Danish sculptor B. Thorwaldsen, contrary to their originals in the Glyptothek München exhibited without any supplements.

The Collection is unique for the famous reconstructions of statues and groups such as Myron´s Athena and Marsyas, Invitation to the Dance or Muse Polyhymnia in particular, executed right on the casts by Professor Wilhelm Klein during his stay at Prague University (1886-1923).

During the last 20 years the Collection has been enriched by single donations from the University of Vienna, Antikenmuseum Basel und Sammlung Ludwig and Staatliche Sammlungen in Berlin. 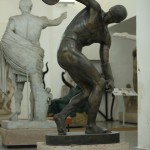 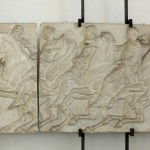 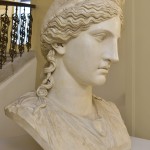 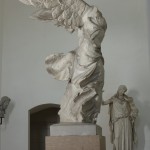 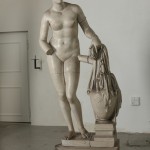 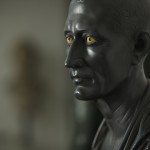 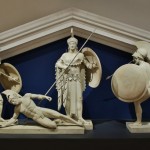 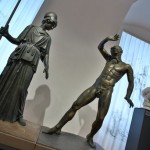 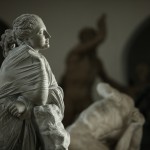 Úvod > The Casts > The Collection